This longtime JYM Army member saved his own life with the help of JimStoppani.com and JYM Supplements

It is said that the best place to start any story is from the beginning. My story does not have a very glamorous start. I am the product of an abusive broken home. My mother was the one constant in my life growing up, but my father was an abusive alcoholic that left us when I was rather young. My step-father battled his own demons for many years, usually with the help of drugs and alcohol.

While I did play baseball through most of my high school years, I was never very good. I was your typical chubby kid, always cracking jokes and trying to make people laugh. That was my coping mechanism for dealing with my own insecurities and depression.

I graduated high school and immediately left for basic training in the United States Army. I was an infantryman for 6 years. Now the military did help me try to get in shape, as much as running and calisthenics can get you in shape. However, my newly found freedom also allowed me to find other unhealthy coping mechanisms for my own demons. Mostly, I turned to alcohol and cigarettes to fight off the depression and extremely low self-esteem that still plagued me.

When I left the military, I moved to central Illinois and continued the same unhealthy habits that had become commonplace. Eventually, I met my wife and stepson, and soon thereafter I would discover the severity of what I had done to myself for most of my early adulthood. Although I did quit smoking in 2010, I continued to drink. On top of my alcohol use, I also did not give a second thought to eating whatever I wanted, whenever I felt the need.

In 2015, I stepped on a scale for the first time in years. To my surprise, it showed me weighing around 370 lbs. That is an insane amount of weight to carry on a 5’8” frame, which explains why I was getting winded just walking up the 3 stairs into the front door of my house. My wife talked me into going to see a doctor for the first time in I couldn’t tell you how long, and that was a huge eye-opening moment for me.

The doctor did a battery of tests since I had no medical records since I got out of the Army. Then came the news. My doctor looked at me and told me that he was shocked that I had not had a stroke or a major cardiac event yet. He informed me that I was pre-diabetic, that I had extremely high blood pressure, and that my cholesterol was almost double the high end of the acceptable range. I distinctly remember him telling me that I was on a fast track to an early grave if I did not make some serious lifestyle changes. I was only 35 years old.

My options were pretty cut and dry: make some changes, or face the fact that I was not going to be here much longer. I started that day by starting to take short walks around my neighborhood after work. I also started to do some research on how to exercise. I reached out to a friend of mine that I knew was active in a gym. He directed me to search for Jim Stoppani's Shortcut to Size. I started going to a local gym and started going through the motions. I say that, because I completely skipped over the whole program overview. Rookie mistake.

In 2017, I had some good momentum going. I had been pretty active in my gym and I had taken on a few exercise challenges through my workplace. So, when the New Year's Challenge rolled around, I went all in. I bought my first JYM stack and hit the door running with Daily Grind. In those 8 weeks, I completely transformed myself. My biggest transformation at that point was mentally: I stopped caring what others that may have been watching me at the gym thought. I was there for me and me alone.

Fast forward to 2021. I currently weigh 285 lbs, but with a lot more muscle mass than I ever thought possible. Just a month ago, I had a follow-up with my doctor and I am happy to say that I am off all of my medications! I could not tell you how many Jim Stoppani programs I have completed to date, but I have passed over 1,100 workouts completed this past spring.

Currently, I use the entire JYM line of products except for Mass JYM, and I recommend these products to anyone and everyone that I meet. It's like I told Jim when I finally got the chance to meet him in 2019 at The Arnold: if I had not found him, his programs, and his philosophy when I did, there is a very good chance that I would not be sitting here today. I have fully embraced the Do The Right Thing and Lead By Example mentality and I am in a much better place today because of it!

Now, I do still battle my demons, we all do… but I no longer rely on alcohol to help me win those fights. Thanks to my newfound love for fitness and powerlifting, I have a healthier relationship with those around me and with what I put in my body.

If you are thinking of getting started, I strongly encourage you to take small steps. I am a huge believer in the idea that small steps equate to huge results. Look at me, I spent 30+ years destroying my body, It has taken me another almost 10 to turn it around. I did not do this overnight, it takes time. Start by making 1 small change that you can implement right now, then another, and another. Eventually, it will snowball and you will not believe how far you have gone. 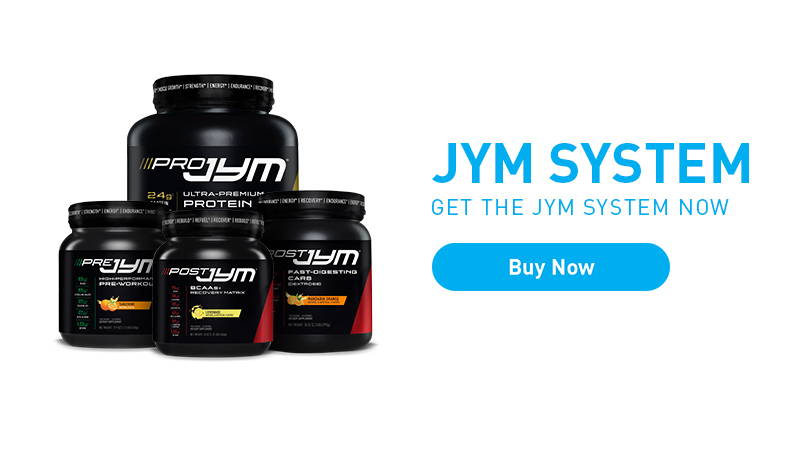 Take a seat and learn how to spot a bad pre-workout supplement. ...
Read More A question I received recently asked if having a source of creatine in your protein powder means that the protein is ...
Read More
Share
Tags: Profiles
Older Post Back to JYM Transformations Newer Post