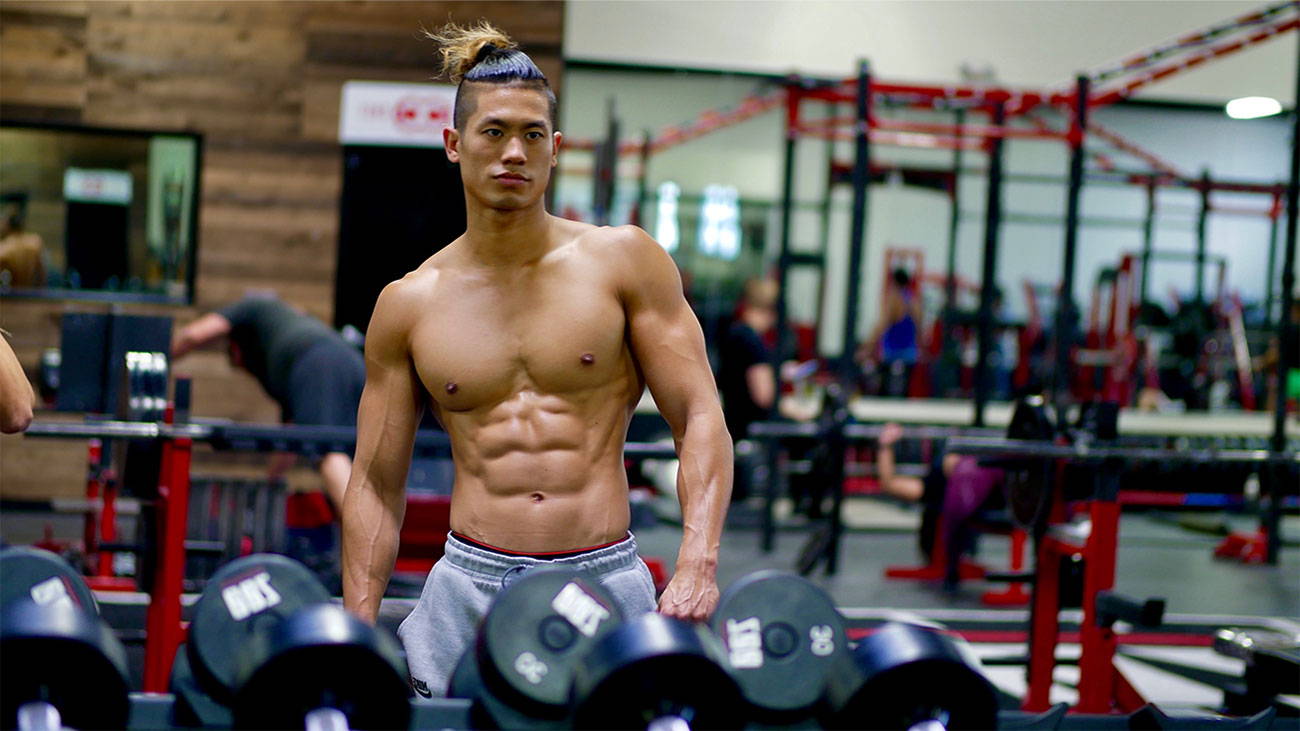 Kevin Lo wasn’t always the shredded, muscular guy you see in the “after” photos. Like anyone else, his “before” photo wasn’t quite as impressive.

He was only 135 pounds, so skinny as a teenager that he nearly quit playing the sports he loved most, football. But he didn’t quit. He hit the gym, trained hard, and became educated on how to train smarter.

This education allowed him to become a D1 football player, and ultimately revealed an underlying passion for pushing his bodies physical abilities to the limit.

When people comment on Kevin’s amazing physique, he likes to say; “for me, it’s about PRs on physical movements I’ve never done before, my physique is the by-product of improving my personal fitness ability”

Now working as a full-time fitness entrepreneur, Kevin is the quintessential JYM Athlete – smart, shredded, dedicated, and sharing his expertise with others yearning for a similar transformation.

In my sophomore year of high school, at age 16 I was 5’11, 135 lbs, and the skinniest I’ve ever been. I was playing football and I remember my coaches constantly telling me “Kevin, you’re underweight, you’re too small to play football. You’ve got to put on more weight!”

It was during that time that I decided I’d had enough, and committed myself to figuring out this fitness thing. I started working out and training consistently, going off of basic articles I had read and the different training techniques I learned about from them.

Within a few months, I began to notice a drastic change in my performance both on the field and off. Gaining muscle and size through weight lifting was as huge for my self-confidence as it was for my athleticism.

How much muscle and strength did you gain?

I gained 20 pounds of muscle over the years.

How did you end up doing in football?

From being told I was too small to play in my first year in high school, to making it on a Division I football team.

The reason I started when I was 16 was because I was an underweight football player. But the reason I train now is simply to push myself and have long-lasting health and wellness.

More importantly than helping myself, I want to help others out there who want to experience a true transformation in their own fitness journey. I want anyone I work with to be able to become better on every level – physically, mentally, and emotionally.

What’s your message to others who want to make a transformation? 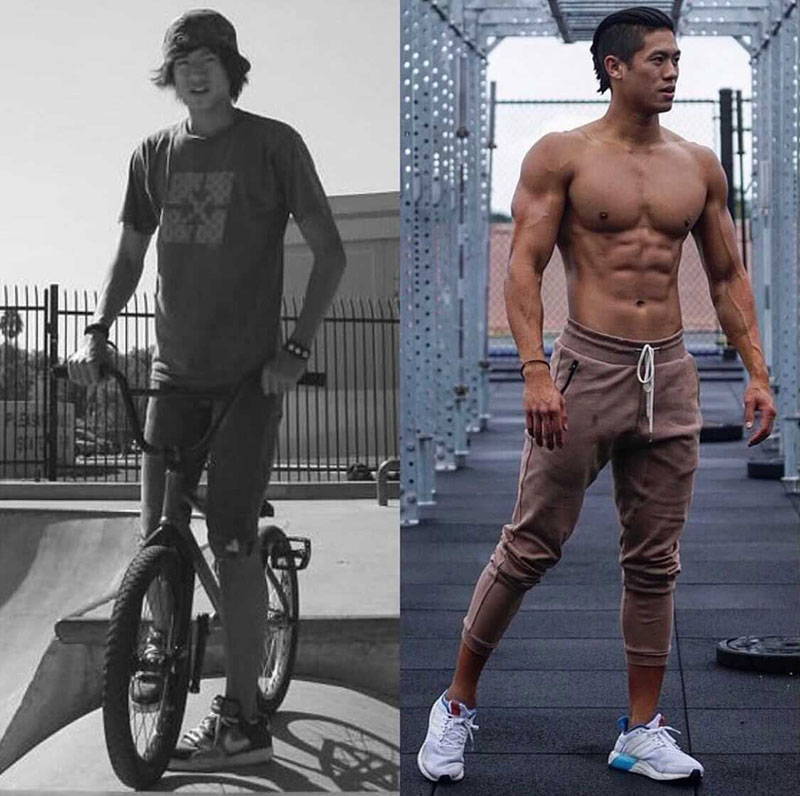 People think that fitness and working out is all physical. It’s not – the physical results are just a byproduct of what’s happening in your mind.

When you first get started, you have to have a reason why, something that drives you. But at the same time, the reason why you start doesn’t have to stay the same year after year. Your ‘why’ can evolve over time.

Where are you in your fitness journey compared to when you started out?

The education that I’ve gotten from Dr. Stoppani – and still do, through his articles and videos—has been life-changing. I’ve learned so much from his fitness philosophy over the years through his programs, and it’s seriously taken my health and fitness to another level.

My goals going forward are to continually evolve my training and nutrition. To always be a student of the fitness journey and learn as much as possible. In a sense, being the best version of myself inside and outside the gym. I want to be able to share my experiences and knowledge to as many people along the way as well.

How is Pre JYM different than other pre-workouts you’ve tried?

Before Pre JYM, I was taking all sorts of different pre-workouts that were under-dosed and didn’t have the right combination of ingredients. Maybe I’d feel a slight caffeine bump and a little bit of energy here and there, but it wasn’t anything to feel good about.

When I started taking Pre JYM, my performance improved drastically. The science behind the Pre JYM formula, with all of its ingredients in that specific combination and amounts was immediately clear to me.

“I’ve been taking Pre JYM for 8 years. To this day, Pre JYM is still my favorite JYM product. I take it week in and week out to continually get what I want out of my training in the gym. I take Pre JYM 4-5 days a week, before I train.”

“I’ve been taking plant protein for the past 5 years, but Plant JYM is on another level. Plant JYM is by far the most bioavailable and anabolic plant protein out there, especially when you consider the combination of isolate proteins and amino acids it has. I take Plant JYM after every single workout.”